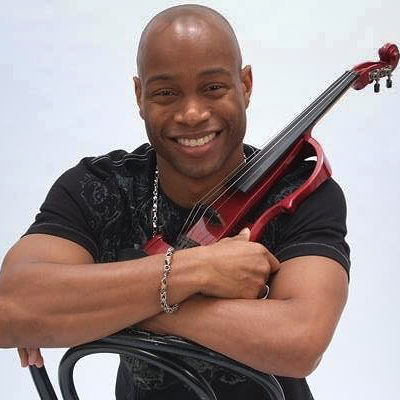 Roller derby to cab driver to turntables… JoshD is our experienced people pleaser.

Southfield, Michigan-native Page began studying violin at age 10. Upon high school graduation
he was awarded a music scholarship to Michigan State University where he subsequently earned both
bachelor’s and master’s degrees in music education. Throughout his secondary school and collegiate
career, Rodney also studied piano, developing into an accomplished pianist.
As a violinist, Mr. Page has performed in the Midland Symphony Orchestra (7 years), Michigan
State University Symphony Orchestra (4 years), Livingston Symphony Orchestra (1 year) and as a 2 nd
violinist in the South Shore Symphony Orchestra in China.
A passionate teacher who inspires students to appreciate all forms of music, Page has been
involved in music education for over 20 years. In addition to the orchestras he directed in the St. Johns
and East Lansing (Michigan) public school systems, Rodney engaged teenage musicians at the Blue Lake
Fine Arts Camp in Michigan as the Symphony Orchestra conductor and violin instructor over 4 summers.
During his college career he founded and directed a summer string camp for middle and high school
students in Southfield. Rodney cultivates talent in aspiring musicians and believes the future of music is
impacted by the musical experiences children have in school. As a national conductor and clinician, Mr.
Page has guest conducted student orchestras throughout the United States.
Rodney’s skill and accomplishments in the classroom were acknowledged in 2006 when he was
designated District V Orchestra Teacher of the Year by the Michigan Band and Orchestra Association
(MSBOA). His reputation as an educator—not just a music educator—was recognized in 2002 when he
was named a Fulbright Memorial Fund recipient. He used his award to travel to Japan to study the
country’s educational system and culture. In the summer of 2013 Mr. Page was selected as a conducting
fellow at the Juilliard School of Music in New York City.
In 2019, Rodney was selected as a guest lecturer at Adnan Menderes University in Turkey and
gave master classes to the students there as well as performed. A firm believer in acceptance of all
cultures, Mr. Page talked about how to maintain a successful career in music throughout the world.
Rodney made his national television debut on Showtime at the Apollo in 2002. His performance, a unique
mix of hip-hop, jazz, and classical music, had the crowd on its feet with a selection he wrote specifically
for the show.

Page has since turned his attention to providing entertainment services as a freelance musician
and DJ presenting unique, innovative shows. Mr. Page was the official performing DJ for the Detroit
Pistons and has performed as a violinist during halftime shows for the New Orleans Pelicans. Mr. Page
also is a motivational speaker speaking at prisons, public schools, juvenile detention homes, as well as
national conferences. Rodney infuses music during his motivational message to encourage and uplift his
audiences.
In 2016 Mr. Page released his first EP entitled “Inevitable”. The album features music composed
by Mr. Page and features Mr. Page’s brother, saxophonist Reggie Page. The song Danzan from Mr.
Page’s EP was arranged for full orchestra and performed by the Dr. Martin Luther King Jr. “Dream
Orchestra” in January of 2018 as a part of Lansing’s MLK Day Celebration Luncheon. Rodney is married
to Kimberly and they have two children named Jayden and Bryson. Mr. Page and his family are devoted
members of Restoration Family Life Church in Lansing, Michigan.